Cafitesse has been building a bridge between two Russian cities! 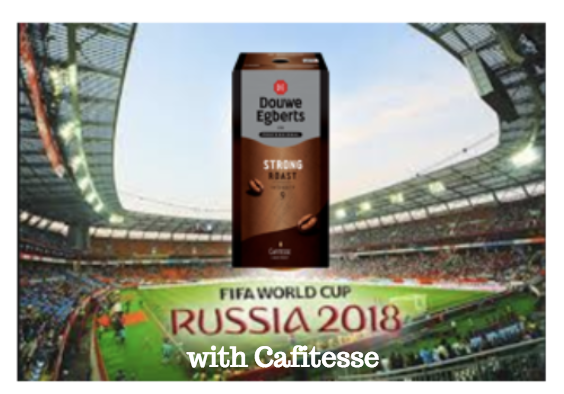 The FIFA World Cup may be over but Cafitesse is building a bridge between two Russian cities! The two biggest stadiums of the FIFA World Cup 2018 were in Moscow and St. Petersburg where the opening and closing ceremonies, the semi-finals and the final took place. So what is the coffee link, you may wonder? Well, the two cities are connected by a train link operated by Sapsan, which offers Cafitesse in its buffet cars.

The alliance with our distributor Gourmeta started in 2012 and the first sales took place a year after that. Each train – and there are 30 services a day - has two Cafitesse machines that have been catering to passengers since then. Sapsan carries five million people a year, many of whom will have a cup of coffee en route. In fact, Cafitesse estimates it serves more than 650.000 cups of coffee to Sapsan passengers on an annual basis. And that is not counting the tens of thousands of football fans who were in Russia earlier this summer!

The world’s most exciting football event, the FIFA World Cup 2018, was held across 11 Russian cities this June. Russia hosted 32 teams and more than one million visitors from all over the globe, with fans travelling from Kaliningrad to Ekaterinburg to catch their favourite teams, who had a great cup of Cafitesse along the way!